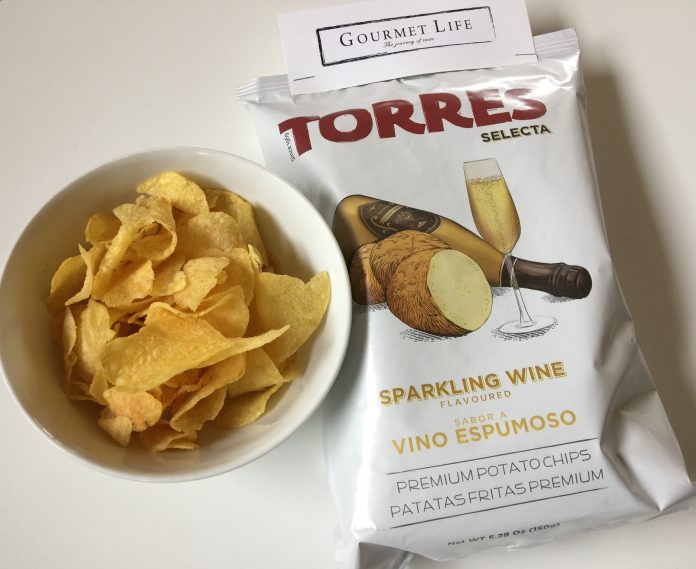 How many times over the course of your life have you said: “I wish I’d thought of that!”? Too many. All of these seemingly simple and obvious little inventions have us all slapping ourselves silly about not being the genius that came up with it first. Shamwow? Fidget spinners? Airbnb? There are too many to list.

Well, now it’s wine flavoured potato chips getting everyone salivating. SHUT THE FRONT DOOR! SO simple but SO ah-mazing.

“a chip that tastes like sparkling wine? It’s going to be pretty popular. They’re moreish, especially if you open a packet along with some sparkling wine.”

Sydney’s Gourmet Life owner and chief providore Josh Rea, who supplies restaurants like Aria, Quay and Automata, jumped on the idea of importing the sparkling wine chip. Buoyed by his earlier success with a truffle flavoured chip imported directly from Spain (those Spaniards know a thing or two about flavour) Josh knew he was onto a winner. 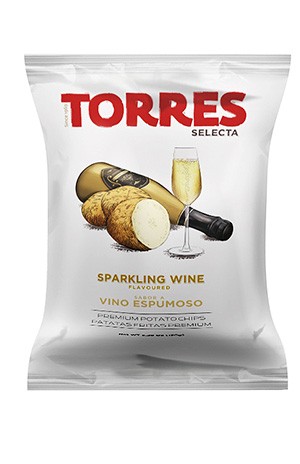 The truffle chips became so popular they were literally flying off the shelves, with some people buying entire crates of them in one go. I can’t imagine anyone that would do that…..

“I watch people walk into our store and buy a whole crate of the truffle chips. People go sort of crazy over them.”

Gourmet Life sent me some of the new sparkling wine flavoured chips to try and I was more than happy to give them a taste test. Now that The Bachelor is on again, I felt it was the perfect snack for some trashy TV viewing.

My first thought was the packet looked a bit plain #picky. I kind of expected more of a party vibe going on for something so unique. But perhaps they didn’t need the razzle dazzle? The chips actually contain popping candy for the ‘sparkle” effect, this is a product after my own heart.

They look just like a premium potato chip and taste, well, they taste exactly like sparkling wine! I could hardly believe that they really would taste like wine, but when I got to the bottom of the second bag I realised I wasn’t being Punk’D.

The husband reckons they taste like apple cider, and if you close your eyes he’s absolutely spot on. I actually prefer them this way as years of drinking Passion Pop and Spew-Manti as a teen has left deep scars.

Jesus apparently could turn water into wine. So while this is not quite as magical, it’s pretty fucking close. Now if they can just make a Shiraz one, they’ve got a fan for life.

Shop by clicking the logo below.

Note: I was sent some sparkling wine chips from Gourmet Life and all opinions are my own. Other flavours in the range include Black Truffle, Iberian Ham, Caviar, Olive Oil and Mediterranean Salt (note, NOT the Himalayan Fart Salt!) 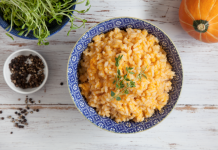 LET LULU. BECAUSE FOOD AS A GIFT IS BETTER THAN FLOWERS. END OF STORY. 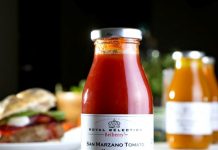 HOLD THE LIPS AND ASSHOLE PIE, THIS IS THE SAUCE THAT’S A LITTLE BIT “FANCY”.

CHIPS THAT TASTE LIKE WINE? SHUT UP AND TAKE MY MONEY!

HOLD THE LIPS AND ASSHOLE PIE, THIS IS THE SAUCE THAT’S A LITTLE BIT...

START YOUR NIGHT WITH A GOOD SHEET. THE MYTHS ABOUT THREAD COUNT BUSTED.